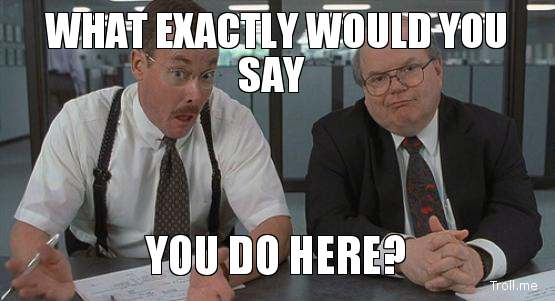 A few years ago, I signed up for a networking website called Ten Thousand Coffees, which is basically a platform that connects career-seekers with industry professionals just to have an in-person or online conversation about what it’s like in the field.

Truthfully, after my initial sign-up, Ten Thousand Coffees dropped off my radar. Now that I’m graduating, I’m starting to realize how nifty it would be to actually talk to people who are working the jobs I hope to work in the future.

About a week ago, I learned that there is a name for these conversations—information interviews! An information interview is basically a conversation with an industry professional where you’re able to ask questions about the job they have in the interest of possibly working in that field in the future. Think of it like job shadowing, only through a brief conversation.

Initiating an information interview is entirely up to you. You can break this down into tasks and focus on one thing at a time. From what I’ve gathered in my readings, visiting the Career Centre website, and asking some friends, here are some tips on how to go about doing this.

END_OF_DOCUMENT_TOKEN_TO_BE_REPLACED

Last month, GOP candidate Donald Trump released a bold proposition calling for the United States to ban Muslims from entering the country. With cheers from faithful supporters in the crowd, he asserted, “Donald J. Trump is calling for a complete and total shutdown of Muslims entering the United States until our country’s representatives can figure out what the hell is going on.” This idea is in response to the mass shooting in San Bernardino, California.

Although Americans are used to hearing this type of talk from radio show hosts and Fox News anchors, for it to be voiced by the front-runner for the nomination of one of the two central political parties is astounding. What was once considered hate speech is now being proposed as a serious policy. Later, Trump exclaimed, “Probably not politically correct. But I don’t care.”

Echoing this sentiment, White House press secretary John Earnest stated in a press conference the day after that every president must take an oath to “preserve, protect, and defend” the U.S. constitution, and thus, “what Donald Trump said yesterday disqualifies him from serving as president”. Earnest’s comments were celebrated, as the hashtag #TrumpIsDisqualfiedParty was trending on twitter.

Unfortunately, there is actually no statute or law that legally prevents him from continuing his campaign. Rather, his remarks should be more accurately deciphered as meaning that Trump is neither appropriate nor morally fit to be president.

END_OF_DOCUMENT_TOKEN_TO_BE_REPLACED

Christmas has always been my favourite holiday. I never grow tired of the twinkling lights, the abundance of chocolates, and the time spent with friends and family. The Christmas season is magical.

But as I’ve grown up, I’ve realized how consumer-driven this holiday is. As much as I enjoyed buying gifts for the people I care about, I couldn’t help but cringe every time I handed over my debit card. With every purchase, I knew my reputation as a thoughtful gift-giver was going up, but it was also painfully evident that the amount in my bank account was going down.

As university students, money is a huge deal. I’m sure many of us are recovering from the mass amounts of money we spent on gifts, food, outings, and other expenses over the holidays.

Now that we’re in the middle of January and fully in recovery mode, here are some tips to help with saving money.

END_OF_DOCUMENT_TOKEN_TO_BE_REPLACED

“I always wonder why birds stay in the same place when they can fly anywhere on earth. Then I ask myself the same question.” —Harun Yahya

For the past three years, I’ve given myself the same resolution: Get out of your comfort zone.

END_OF_DOCUMENT_TOKEN_TO_BE_REPLACED 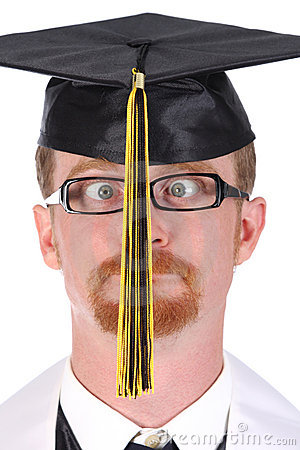 I’d like to tell you that when I clicked the “Request Graduation” button on ROSI, four years’ worth of memories flashed before my eyes and I had a great slow-motion, nostalgic moment.

I’d like to tell you that I shared a screenshot of my intention to graduate on Facebook and got ALL the likes, or that when I saw the screen of my computer say, “You indicated earlier that you intend to graduate with a Honours Bachelor of Arts at the June 2016 Convocation,” I smiled and told my parents.

But in reality, when I decided to request graduation on a snowless December day, I was reminded to go into ROSI and click the button by someone else’s Facebook screenshot, so on ROSI I went.

END_OF_DOCUMENT_TOKEN_TO_BE_REPLACED

I generally don’t think of myself as a complainer. When I have a certain workload, I tend to do it even if it means risking my health. My girlfriend tells me that’s bad, but to me complaining is worse. That’s also why I’m so much more troubled during the winter, when the blues hit.

Seasonal affective disorder is a mood disorder that, in short, makes you feel terrible, most commonly in the winter months.

According to the CBC, 10 to 15 percent of Canadians are affected by sub-syndromal SAD, while four percent of Canadians suffer severe SAD, going so far as to contemplate suicide. Other symptoms of SAD include anti-social behaviour—like not wanting to leave your house—and anxiety. The statistics about SAD at UTM are inconclusive—The Health Counselling Center said that they can’t provide any meaningful data on the number of SAD patients.

The general theory is that back when we lived in caves and communicated through grunts, the genes behind SAD helped to conserve energy during the winter months. Food was scarce, it was cold as hell, and there was generally not much to do but sleep or play with rocks. However, seeing as that’s not the case anymore, the leftover gene now works to isolate us from our friends and make us miss classes. A good adaptation on the part of the gene, but not so great for us.

So far, the most popular treatment is light therapy. Using artificial UV-free light tricks the body into thinking it’s April until April actually arrives and the days start getting longer. And no, you can’t just stare at your kitchen ceiling for 30 minutes a day. It has to be UV-free, unless you want reduced vision AND depression for next winter. So put that holiday bonus from your last paycheck into a $100 specialty lamp and head down to your local clinic for a regimen.

Well… Is it worth it? Maybe. Patients at the Centre for Addiction and Mental Health have shown great progress during the trials. But this is with fancy scientific, expensive equipment and not a lamp you bought on Amazon.

Personally, I’ll stick to seeing my bathroom light every morning, kicking myself in the ass, and waiting for April to swing by. But maybe that’s because I’m in the 15 percent and not the four percent.

If you have it worse than me, then you should probably see a doctor.

In fact, don’t listen to me, just go see a doctor.

While the “New Year, New Me” posts flood social media, it may not be a bad idea to make some personal goals for yourself in 2016. Instead of creating large, unrealistic goals, make a list of small things you would like to do in the new year. Here’s my list of 16 things I would like to do in 2016.

I encourage you to join me. Here’s to the new year!