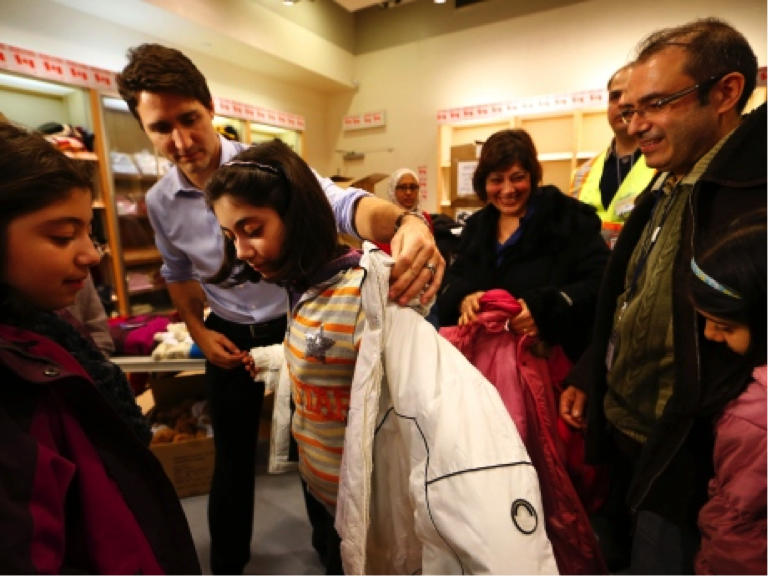 END_OF_DOCUMENT_TOKEN_TO_BE_REPLACED

It’s that time of the year again.

The chilly nights are a clear indication that winter is coming. If you’re the kind of person who just hates winter, here are some helpful tips to survive the frosty months on campus:

Next up are those of us who take public transportation. Know the timing for your buses—I know it sounds trivial, but during wintertime, buses have a nasty habit of arriving late, so its always good to give those MiWay service representatives a call and confirm timings so you don’t have to wait outside for too long. This also means that you should take advantage of those beautiful heated bus shelters when waiting at UTM. For my fellow UTMers taking the shuttle, wait inside IB.

Stay indoors and plan ahead

When traversing the campus, use the halls and stay indoors to minimize exposure to the treacherous winter winds. Remember, as the weather gets colder outside it gets crowded inside, especially in the library, so plan ahead and book the study rooms if you need to in advance, get there early, and most importantly, respectfully share space with your fellow UTMers.

Finally, some items you would want to keep on your person at all times are a coffee mug, a pack of Kleenex, an extra pair of socks (I promise they will come in handy), gloves/mittens, a beanie, and some Halls.

Don’t forget to check for cancellations (via Blackboard or the UTM Twitter account) before you leave for class.

Most importantly, enjoy yourself; a lot of fun things happen around this time of year, so keep an eye out for something that might interest you.

It took longer than I care to admit for me to realize that “bae” stood for “before anyone else” and was not simply a shorter version of “babe”. The term “bae” has become so mainstream that it can be used to refer to almost anything that someone has a particular affection for.

That cute guy who served you at Starbucks? Bae.

But “bae” is mostly used to refer to one’s girlfriend or boyfriend. I have a boyfriend whom I have many names for, and who has many names for me, but neither of us has hopped on the “bae” train. After hearing it used so much by other people, I just find it annoyingly popular.

What happened to the classic way to address the one you love? How about “honey”, “sweetie”, or “my love”? I’d rather be called “babe” than “bae” any day.

It’s normal for new phrases like “bae” to magically become popular. It’s also normal for some to embrace it and others to despise it. I happen to fall in the latter category. And I’m not ashamed to say that maybe it’s the hopeless romantic in me that’s happy to be someone’s “love” instead of someone’s “bae”.

It is most commonly used to describe one’s eyebrows.

It is commonly used to describe one’s appearance.

It is commonly used, well, for pretty much everything.

It was first used in a sentence by Vine personality Peaches Monroee. Monroee declared her eyebrows “on fleek” and the world caught on. Every teenager I know says it.

Now, if you are like me and constantly yearning for the world’s old ways, you probably hate the phrase.

Long gone are the days when people said to their significant other, “Darling, you look exquisite,” or, “Oh my, does that chunky knit scarf ever bring out your eyes!”

Now, it’s, “Damn girl, you be lookin’ on fleek! Come here and give bae some love,” or, the more popular, “Daaaang, your eyebrow game is on fleek today!”

Sure, Peaches Monroee may have been hit with a wave of confidence and felt the need to make a six-second Vine clip. Unfortunately, the phrase lasted a little longer than six seconds. And I’m just sort of done with it.

Peaches Monroee, we thank you for your contributions to 2015 slang, but, along with phrases like “bae”, “turnt”, and “yaaas”, could we please leave the phrase behind?

I feel like young adults are misunderstood. We teeter on the bridge between adolescence and adulthood, a precarious in-between state. The responsibility of crossing this bridge is daunting, and I’ve found that the people on the adulthood side forget that.

END_OF_DOCUMENT_TOKEN_TO_BE_REPLACED

Find ways to make yourself happy.

I’ll admit it doesn’t sound easy. Midterms and assignments can suck. But there are certain things, I find, that can help keep you happy even when you’re sleeping four hours a night. Truthfully, I wish I had recognized what makes me happy and brought more of it into my life earlier on.