University can be kind of stressful, boring, and long. Luckily, some people have found ways to relax, energize, and streamline the whole thing, all from your smartphone! From those people to you, here’s a list of the top apps to help you get through university. 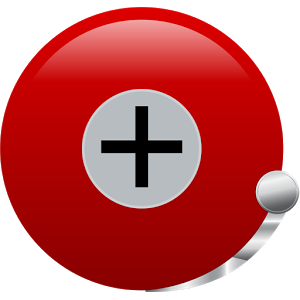 Waking up: it’s a necessary evil. And if that’s the case, then waking up for 9 a.m. classes is satanic. Blessed be the alarm clock app—knower of all that is loud and annoying. Alarm Clock Plus specifically has a math setting that won’t let you stop your alarm unless you solve a math problem. Especially useful for those mornings when you want to study and feel like garbage at the same time.

END_OF_DOCUMENT_TOKEN_TO_BE_REPLACED

I generally don’t think of myself as a complainer. When I have a certain workload, I tend to do it even if it means risking my health. My girlfriend tells me that’s bad, but to me complaining is worse. That’s also why I’m so much more troubled during the winter, when the blues hit.

Seasonal affective disorder is a mood disorder that, in short, makes you feel terrible, most commonly in the winter months.

According to the CBC, 10 to 15 percent of Canadians are affected by sub-syndromal SAD, while four percent of Canadians suffer severe SAD, going so far as to contemplate suicide. Other symptoms of SAD include anti-social behaviour—like not wanting to leave your house—and anxiety. The statistics about SAD at UTM are inconclusive—The Health Counselling Center said that they can’t provide any meaningful data on the number of SAD patients.

The general theory is that back when we lived in caves and communicated through grunts, the genes behind SAD helped to conserve energy during the winter months. Food was scarce, it was cold as hell, and there was generally not much to do but sleep or play with rocks. However, seeing as that’s not the case anymore, the leftover gene now works to isolate us from our friends and make us miss classes. A good adaptation on the part of the gene, but not so great for us.

So far, the most popular treatment is light therapy. Using artificial UV-free light tricks the body into thinking it’s April until April actually arrives and the days start getting longer. And no, you can’t just stare at your kitchen ceiling for 30 minutes a day. It has to be UV-free, unless you want reduced vision AND depression for next winter. So put that holiday bonus from your last paycheck into a $100 specialty lamp and head down to your local clinic for a regimen.

Well… Is it worth it? Maybe. Patients at the Centre for Addiction and Mental Health have shown great progress during the trials. But this is with fancy scientific, expensive equipment and not a lamp you bought on Amazon.

Personally, I’ll stick to seeing my bathroom light every morning, kicking myself in the ass, and waiting for April to swing by. But maybe that’s because I’m in the 15 percent and not the four percent.

If you have it worse than me, then you should probably see a doctor.

In fact, don’t listen to me, just go see a doctor.

Find ways to make yourself happy.

I’ll admit it doesn’t sound easy. Midterms and assignments can suck. But there are certain things, I find, that can help keep you happy even when you’re sleeping four hours a night. Truthfully, I wish I had recognized what makes me happy and brought more of it into my life earlier on.

END_OF_DOCUMENT_TOKEN_TO_BE_REPLACED

I think it’s fair to say that, as kids, we all have the same fears: creepy noises, scary faces, the dark, et cetera. Fortunately, we (read: some of us) get over those fears when we grow through our teenage years and into adulthood. As adults, our fears are rooted deeper in reality. So here are a few of my scary adult Halloween stories.