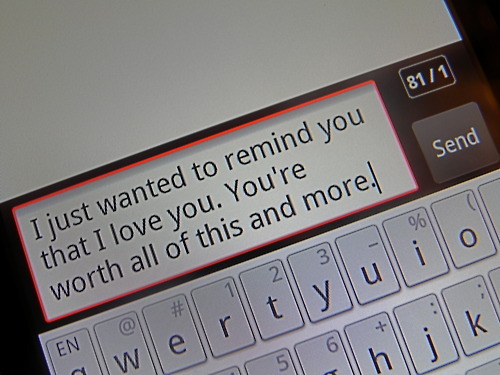 It also means having time to yourself. Personally, I am someone who loves solitude. But one of the best things about being single, whether you like being alone or not, is having the time and the option to actually be alone. Being single fuelled my desire for staying in on weekend nights with a good book or TV series. Being single made me want to learn about myself.

Having been single for almost five years, I’ve had a lot of time to sort out some important things. I’ve observed my friends and their relationships and being single allowed me to sort out what I want in a partner and, more importantly, what I want for myself. It’s been useful.

But after five years of being single, watching your best friend get married, and watching your father in his fifth relationship, finally happy, I thought, “When is it my turn?”

So eventually, I joined Tinder.

At first, I was skeptical about it. The way the app is set up is very superficial. You add the best pictures of yourself, trying not to give potential mates the wrong idea based on the pictures you post. You are then thrown a slew of local men (in my case, at least). If you don’t find them attractive, you swipe left, but if you do, swipe right.

Eventually, Tinder became addicting. Compliments from the opposite sex were flattering. But then, I started conversing with someone in long paragraphs. We swapped numbers, talked on the phone for two weeks, then met for Korean BBQ, and all of a sudden, I wasn’t single anymore.

It all happened so fast.

Your alone time becomes minimal. At the end of the day, you don’t have to go home, do homework, and mindlessly watch Netflix until you fall asleep. You have someone who actually wants to talk to you. Who actually wants to hear how your day was. Who really enjoys getting to know you… the actual you.

And it all happened so fast, but it’s something that takes getting used to.

I could get used to this.