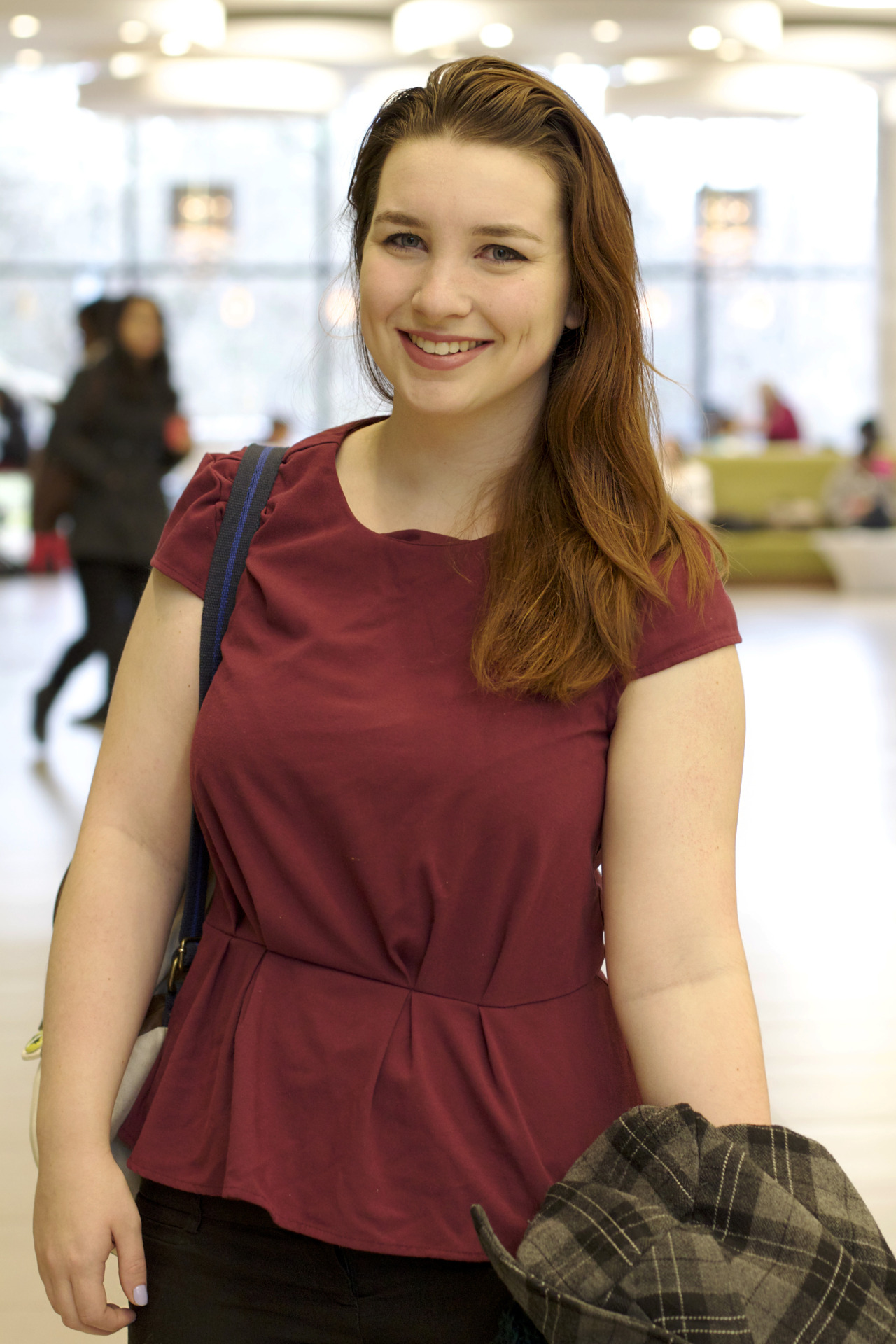 “I’m from Ottawa originally, and I came here to go to school. It was pretty much a last minute decision though cause I kept saying, ‘I’m gonna stay home, not gonna move away.’ But the last minute, I was just like ‘why not?’ and I applied here and I got it, so I came here. It’s a lot better than staying at home.”

“Toronto is the best city in Canada, there is so much more to do in Toronto. Ottawa is really boring. During the summer, it got classified as the most boring city in Canada. And I feel more like an adult ever since I moved away cause I’m more independent, and especially since I don’t live on residence anymore, it makes me feel a lot more like an adult.” 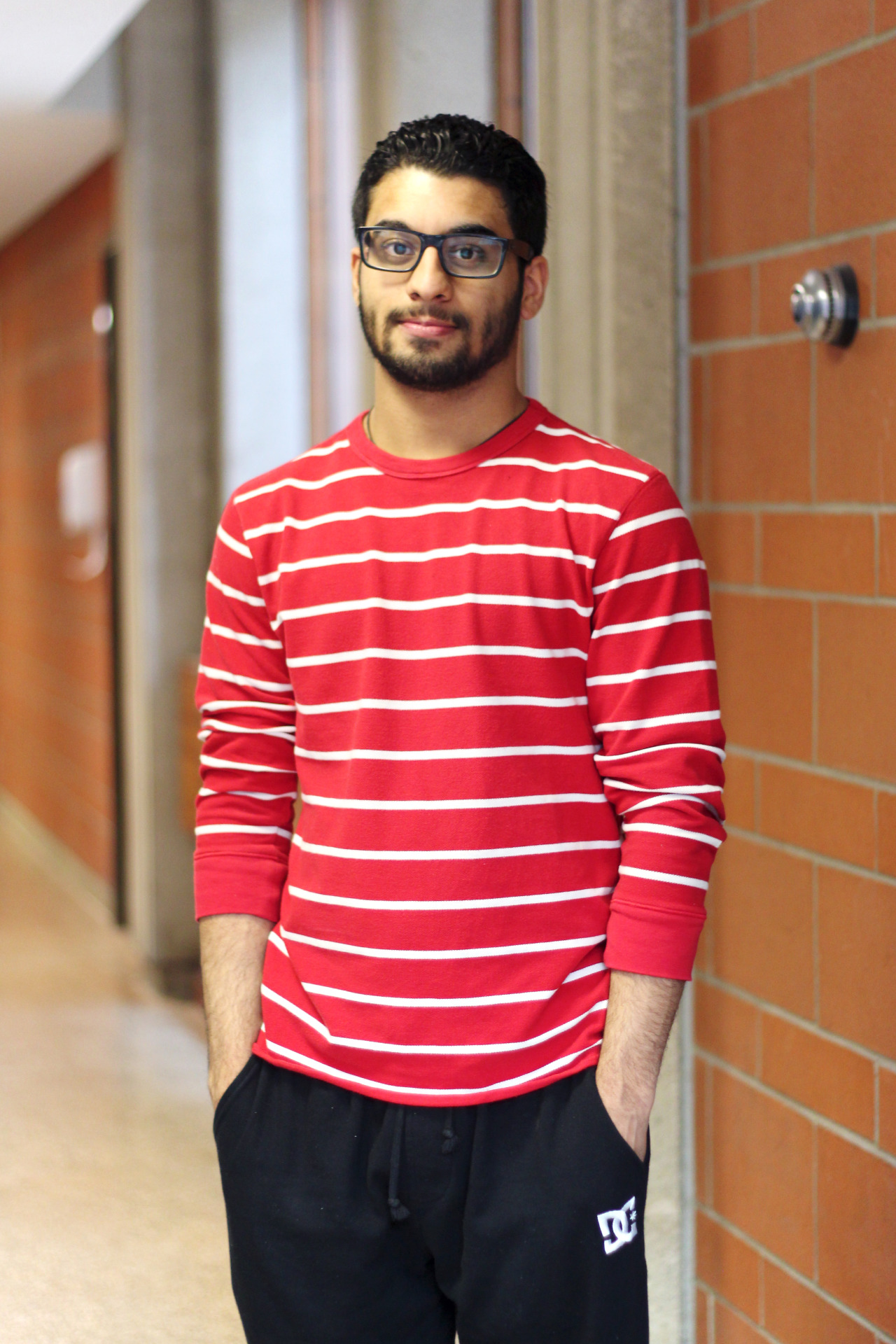 “What made you go into Sociology?” With the Internet, everything seems possible. We can learn the latest celebrity gossip, learn how to fly planes, and we can even learn history, english, math and HTML code.

So what’s the point of post-secondary education?

END_OF_DOCUMENT_TOKEN_TO_BE_REPLACED 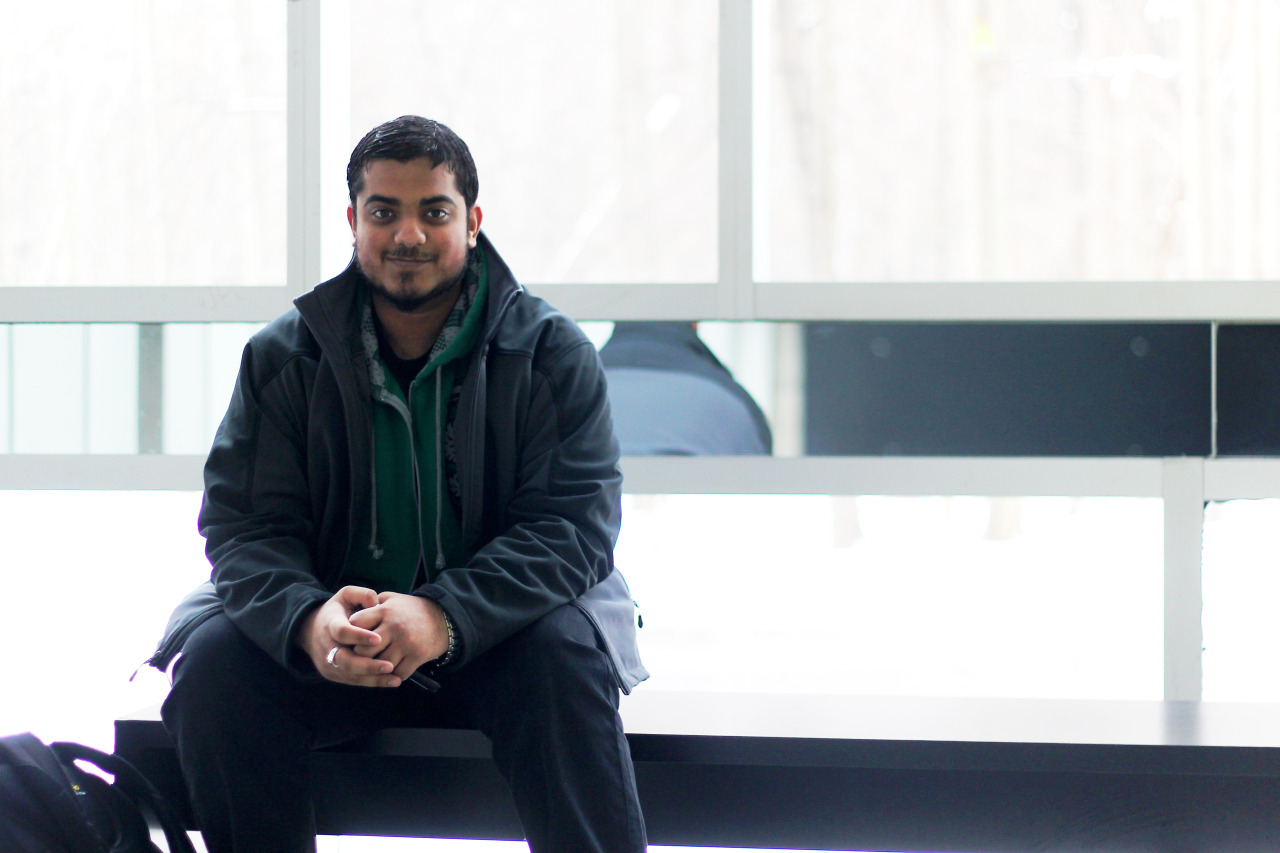 “Aside from that [botany], what are you most passionate about?”

“So what do you write most about?”

“A lot of spiritual thought… you know, contemplations on death… you know, love… A lot of nature stuff, you know… that’s where it comes in with the botany and stuff.”

There was a time when news of a winter storm brought a sense of hope to my soul. As a child, it was tradition to crowd around the big grey box (remember those?) at 6am and wait for the weather man/woman to announce the cancellation of your board’s school day.  The night before, my brother and I would pray extra hard that tomorrow our dream would come true, and then (because we shared a room) we would fall asleep under the gentle glow of street lights reflecting off of piling snow.

That was the dream.

And then I grew up and went to UTM.

Now, if there’s anything I know about this school, it’s this: if there was an apocalypse and zombies were feeding on the limbs, brains, and hearts of faculty and students, UTM would still be “open and proceeding as normal.”

While I appreciate UTM’s “Go get-em” spirit, sometimes I just wish UTM wasn’t so persistent on staying open. Frankly put, sometimes you gotta shut down, take a nap and wait for the storm to pass.  Sometimes, Kim must return to her blankets away from the mean, horrible thing called snow.

On a certain Tuesday a few weeks ago, there was a particular storm that ravaged my beloved Mississauga. I awoke, rather disgruntled, because mornings aren’t my thing (unless a coffee is promptly handed to me…then and then only are they my “thang”). I glanced out my window and gasped. My beautiful city was under attack. Snow flew everywhere and my surroundings were despicable. I immediately grabbed my phone to check Twitter. I scanned my feed.

Surely this will be the day. Surely classes aren’t running. Not with this abomination called snow, I thought. Nothing. It was 8am, which means my fears were realized. I had school. My brother didn’t.

My heart sank and so did my stomach there after as I got ready. I slipped on layer after layer, wrapping myself in sweaters and jackets. I looked like a very terrified brown snowman – scratch that – a super hot, mostly disgruntled, terrifically brown snowman. I examined myself in the mirror and muttered a line from “Sexy Back.” It felt fitting.   I wobbled to the door, mumbled a prayer and that speech from Brave Heart (even though it has nothing to do with my particular predicament), and I left my home – that sweet comfortable home. I journeyed across the wintery tundra, muttered the twenty third Psalm like an old man with conviction, caught my bus and wondered:

Do I have to die before UTM shuts down? 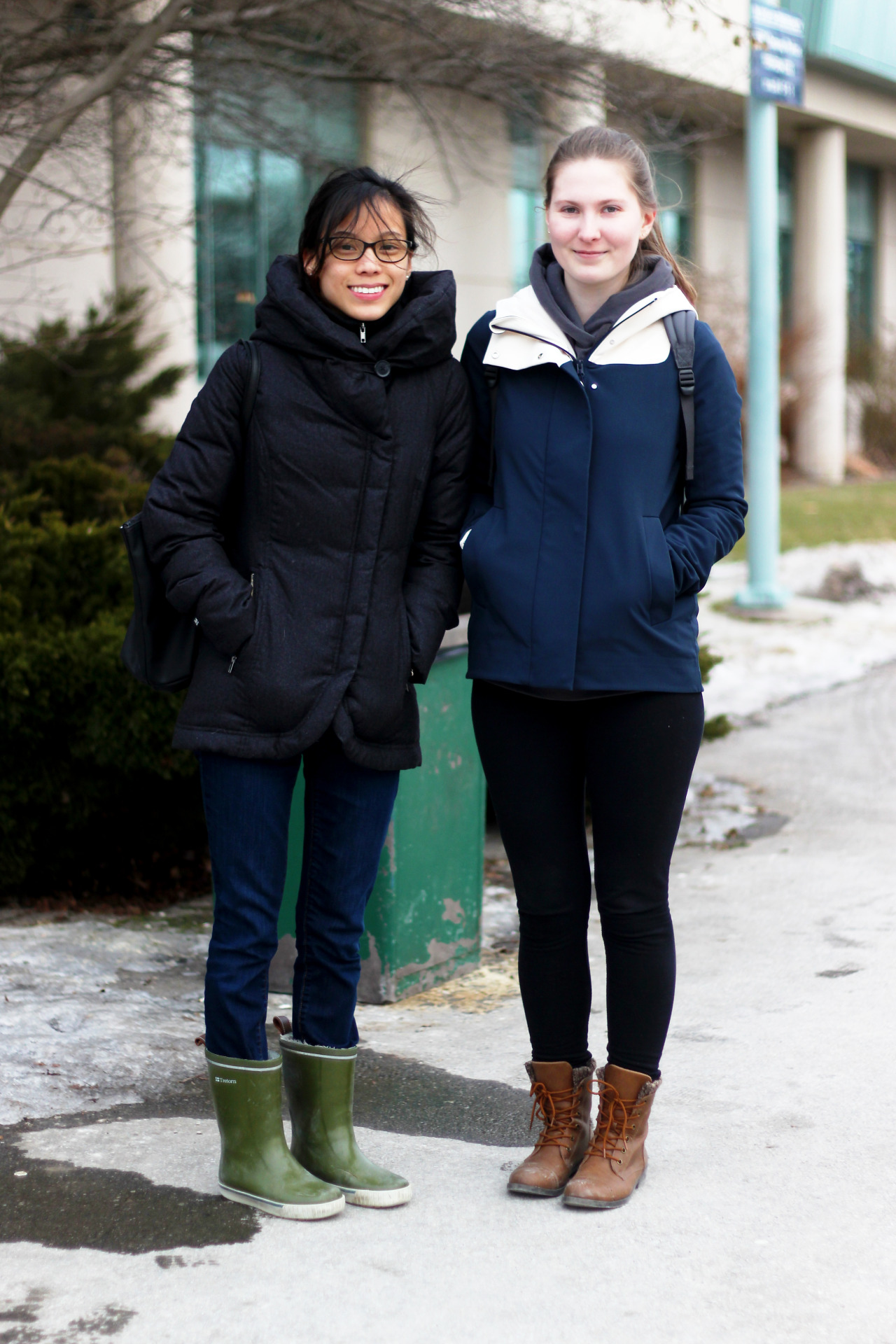 “How did you guys meet?”

“Wow, that’s a long friendship now. What are your first impressions of each other?”

Let me just come out and say it: I don’t believe in making New Year’s resolutions. They are clichéd and way overdone.

END_OF_DOCUMENT_TOKEN_TO_BE_REPLACED 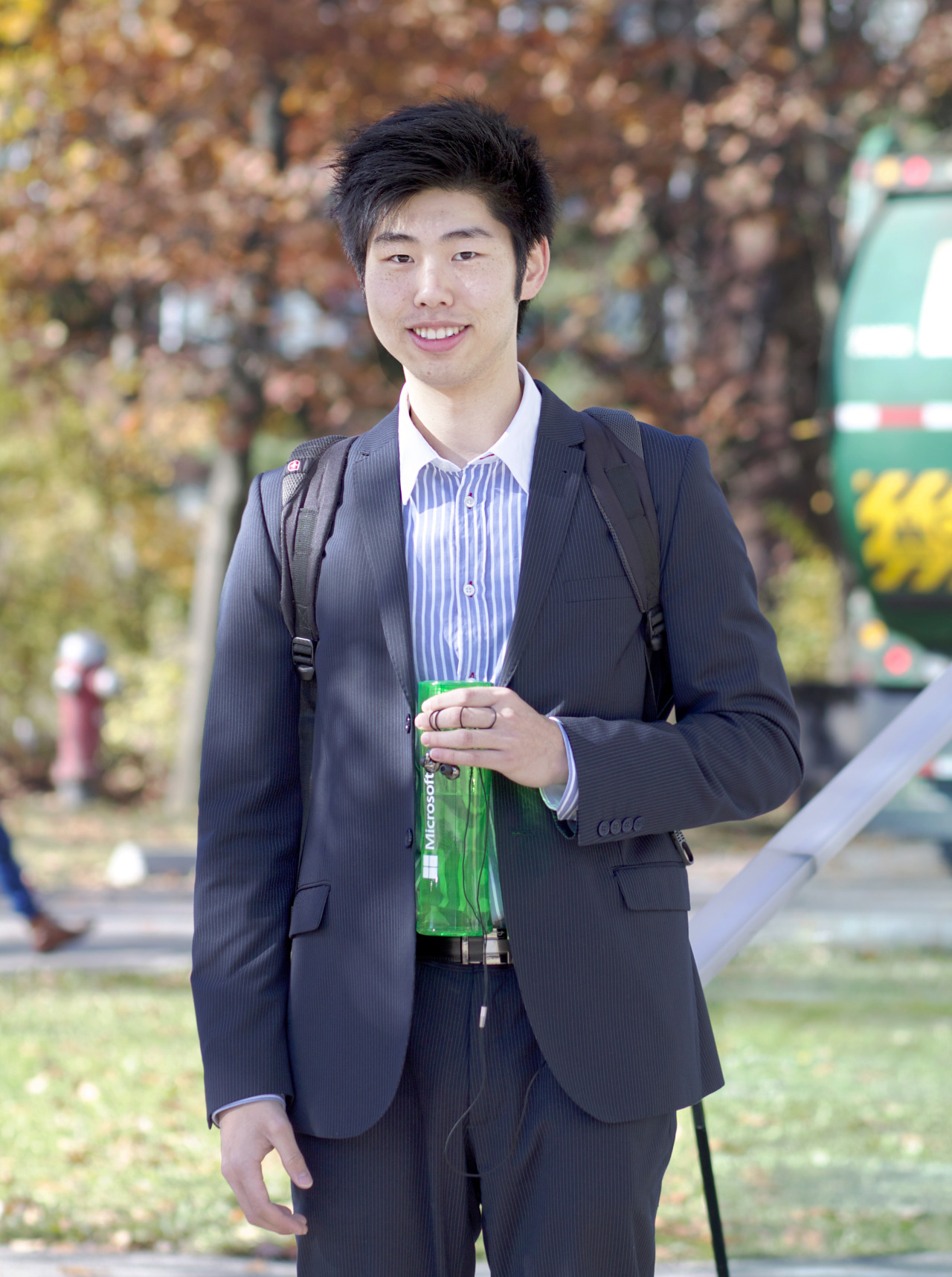 “I felt very happy yesterday because I went to a networking event. I met quite a few people. They were CEOs, managers of companies, and they gave me inspiration to try harder to be more successful in the future.” 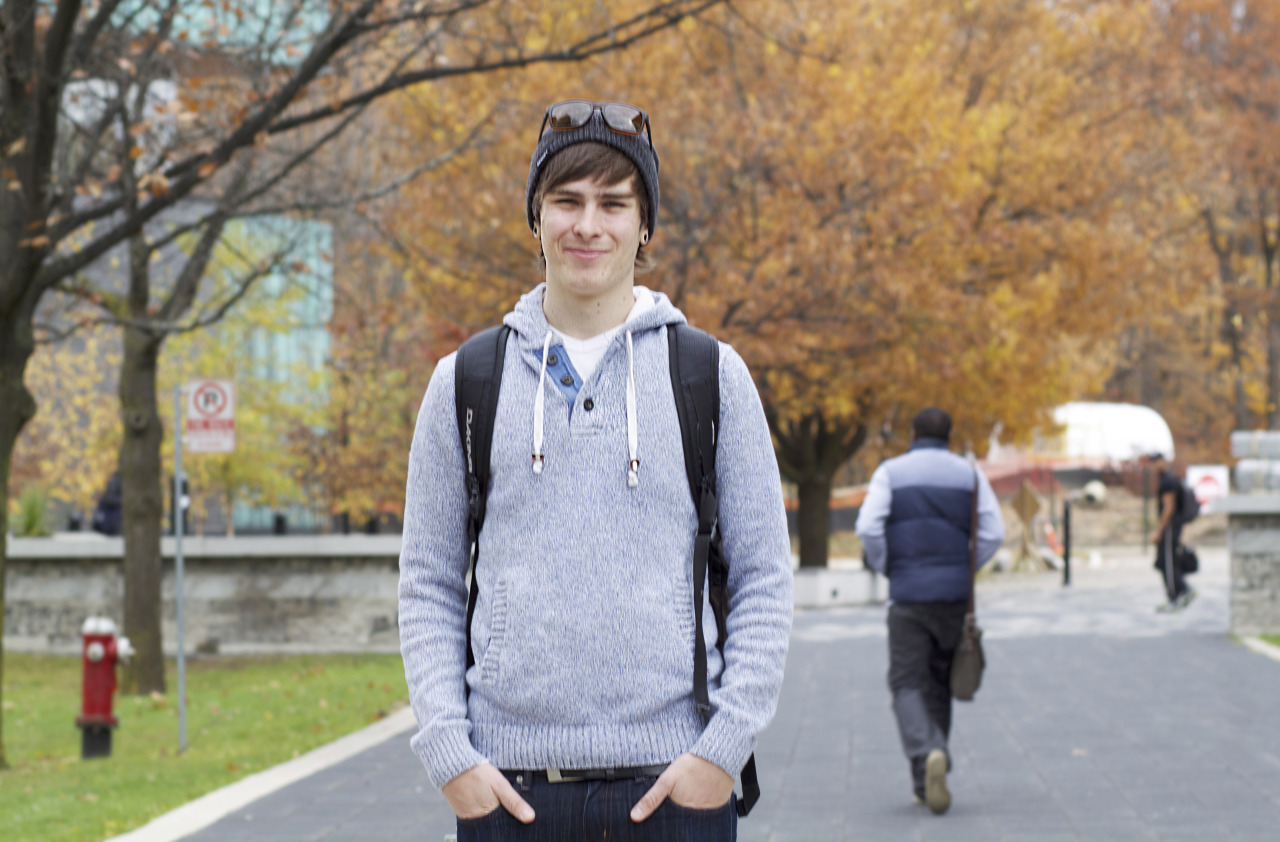 “I took a year off before university.”

“I worked three jobs; I just wanted to see if school was the right path for me. I worked 5am-10am driving forklifts to Home Depot, then I worked at Sportchek 10am to 5pm as a technician…and then I worked five to close as a server. It was a busy year that I had off. “ 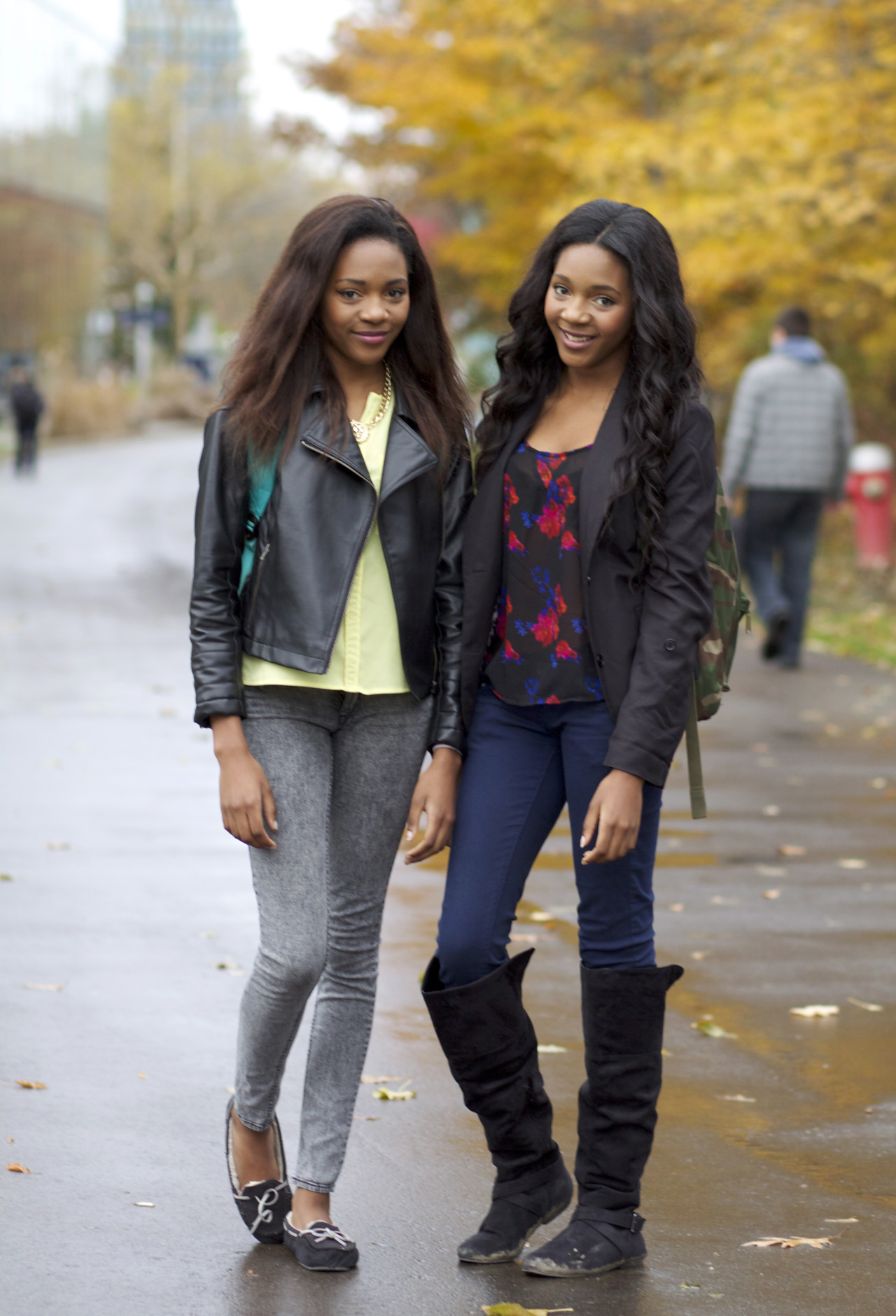 “Do you guys stay with each other all the time?”